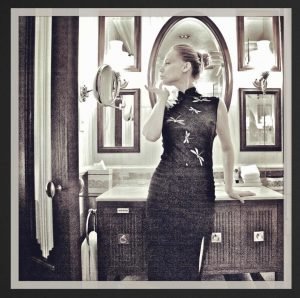 Agnieszka Rudnicka is a photographer, photojournalist, filmmaker and a fine artist.

Bridging photojournalism and fine art she addresses sensitive subjects in an artistically engaging way. Her debut short movie, A Day from and Old Man’s Life, received an Award of Merit as the Winner of Los Angeles Film Festival of Hollywood (2010). Her documentary, In His Shoes, was recognised as one of five best documentaries at the Hollywood Film Festival (2015), received a Silver Winner award in the directing category at the International Independent Film Festival, 2019 and has been screened at Cannes Film Festival SFC.

Her deep interest in understanding consciousness and different ways of life prompted her to travel across continents to remote places in Central, East and South-East Asia, the Middle East and South America, developing a personal photographic research and an extensive image library. With an ongoing series, she documents lives of Indigenous Peoples, Shamans and so-called Holy Men and Women across the globe.

With her fine art series, The Resplendent, she promotes the preservation of the indigenous ways of life. The series have received honorary mentions at prestigeous photography awards.

Her works have been exposed at exhibitions in the UAE, Malaysia, India, Indonesia, UK, Spain and Brazil and are a part of private collections across the wrold.